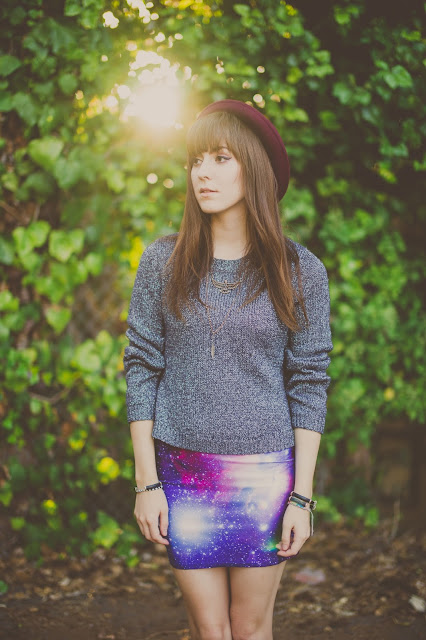 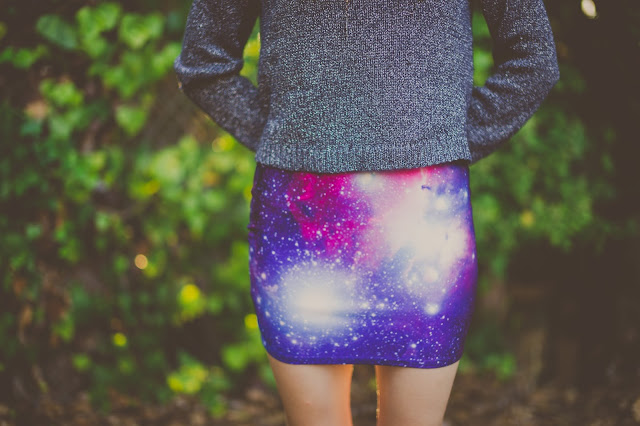 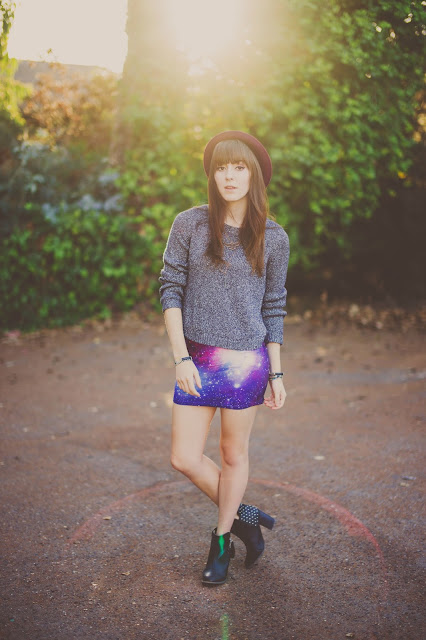 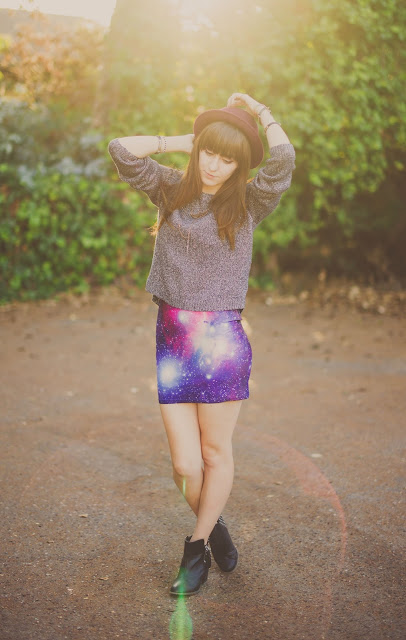 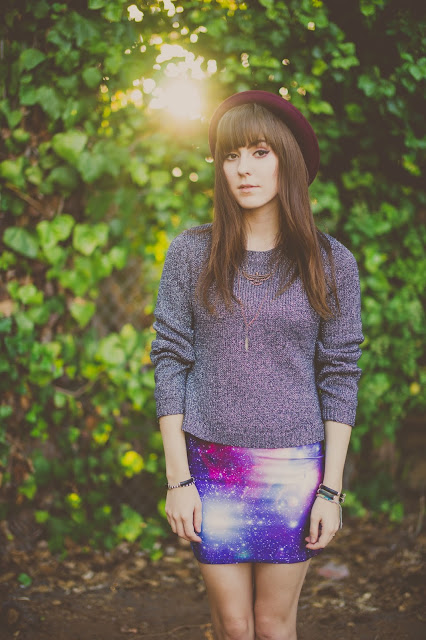 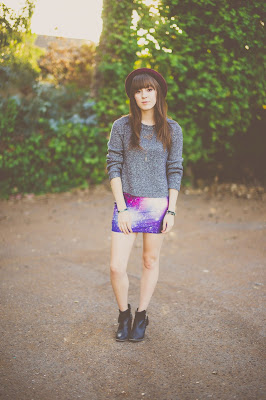 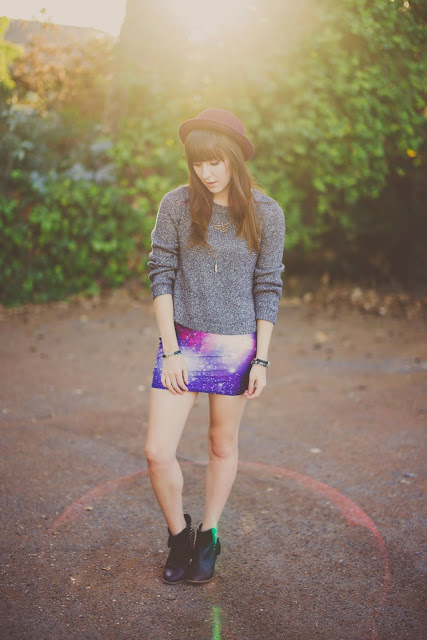 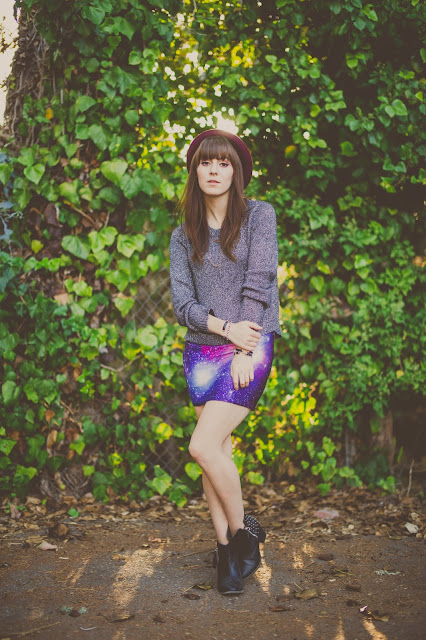 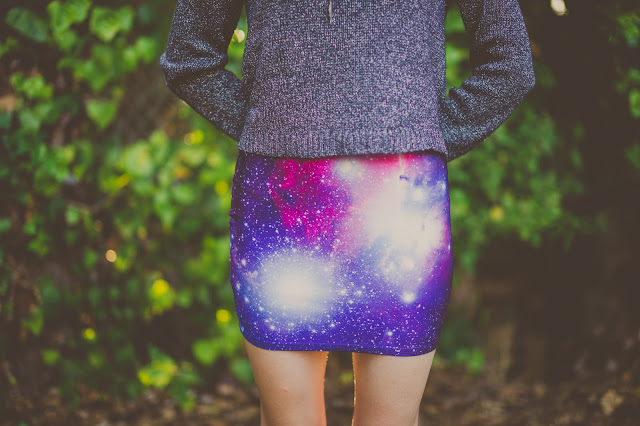 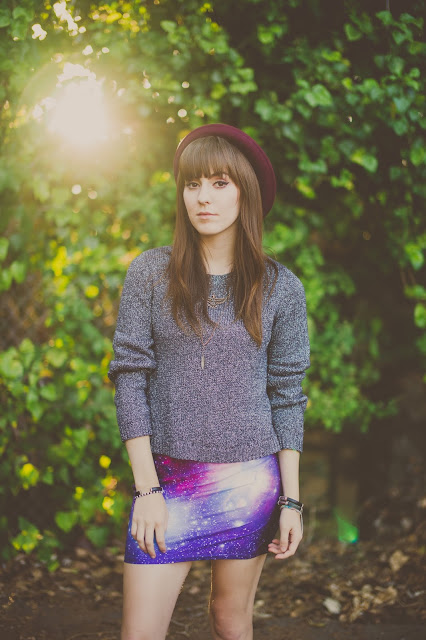 Thank you to Galaxy leggings.com for this indigo, trippy galactic dress. I love this print because its so muti-dimensional. You can scan it's details for a sustained period of time, discovering each star and nebula just as if it was a photograph of space itself. Plus the colours flow in and out of each other so beautifully.

Lately, I havent felt pretty. Not that I think I'm a horribly ugly sludge creature of the universe (no galactic pun intended) but I'm feeling like I need a change. The last major change I made was dying my natural blonde hair to brown when I was 15 after a bad breakup. And the last minor change I think I made was doing my winged liner when I was 18/19. OH and I cut my bangs when I was 19 and that was prettty scary for me. haha. I spent at least two ears before that saying.. should I do it?
SO I made my first hair colour appointment in YEARS for next Wednesday. It's funny becuase I know I hate change but something you just feel like you have to make one. Hopefully I will like my new head of hair and won't feel ridiculous.
What do you guys do when you need a beauty change?