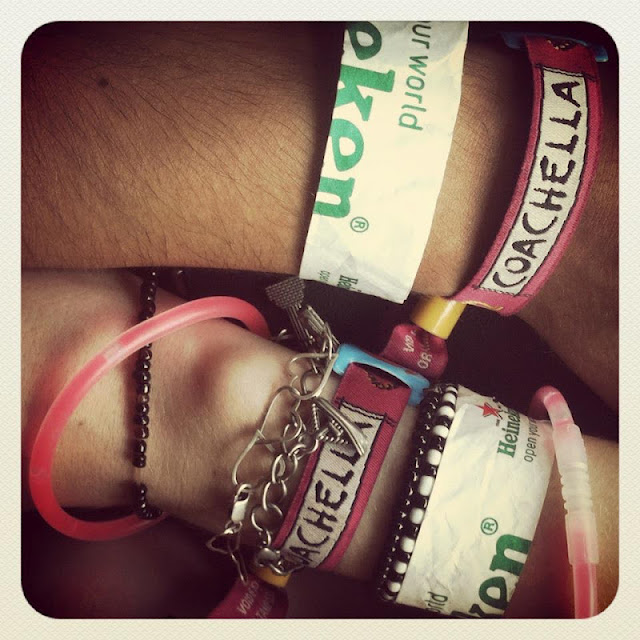 I just got home from the 2012 Coachella festival in Indio California. By now, all of you know about this amazing gathering of music, art, and fashion in one very...very.. unbearably hot desert setting. I believe it topped 107 last saturday. Seriously. My best friend, Bibbles and I did car camping and at 8am it was too hot to sleep anymore. We were baking in our little tent by the heat! Most of the early part of the day consisted of trying to hide from the sun, by taking naps in the shade, cooling off with frozen lemonade and even hopping on the grocery bus to the local market just to stand in the frozen food aisle. But once that sun went down, my favorite acts came out. 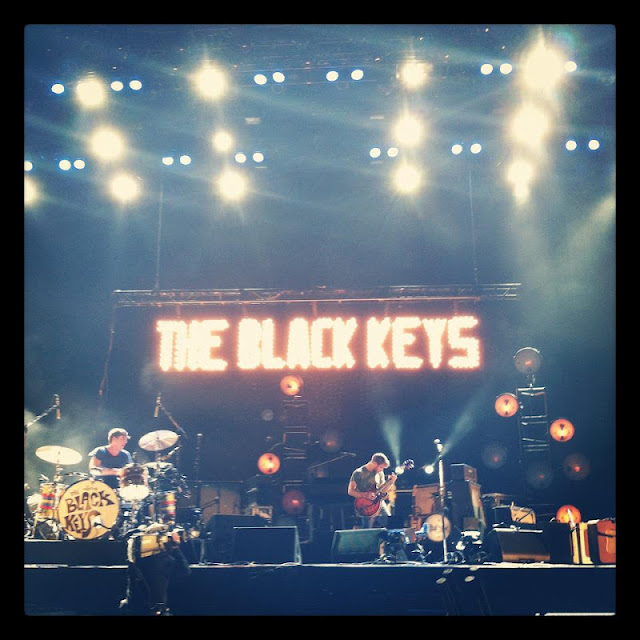 I saw so many bands. So many I can't even list them all here, so I will just detail the bands I drove 6 hours for and suffered through long hot days to see. On Friday, The Arctic Monkeys. I've loved them for years. They are high energy, witty and British. Plus come one.. have you seen Alex? Bibbles and I know all the words to their songs and we danced and yelled the whole time. After them, A band I was unfamiliar with named Pulp came on stage. Us, being huge Black Keys fans decided to push forward through the massive crowd and wait out the band until the Black keys came on as the headliners. We wanted to be in the front, dammit! But to our surprise, Pulp was very good! They had a wonderful light show, were funny and entertaining and interacted heavily with the crowd. Things went into a frenzy once they finished though, because everyone wanted to be close for the black keys. Luckily for us, we had the best seats in the house- Front Row, Center!!! Completely worth fighting through gobs of fans, rubbing against sticky, sweaty arms and being pushed in every direction. the Black Keys were quite frankly, AMAZING. One of the best shows I've ever seen. Plus they played, "I'll be your man" one of my favorites. They mostly stuck to songs off their newer albums (even though I love some of their more obscure songs like "Have love, will travel") BUT the best and biggest surprise of the night was that freaking JOHN FOGERTY came out to sing a Levon Helm song with the Black Keys. Ahhhhhh! I was so excited and happy. I saw, front row, John freakin Fogerty of CCR with the Black Keys. I died. Right there. 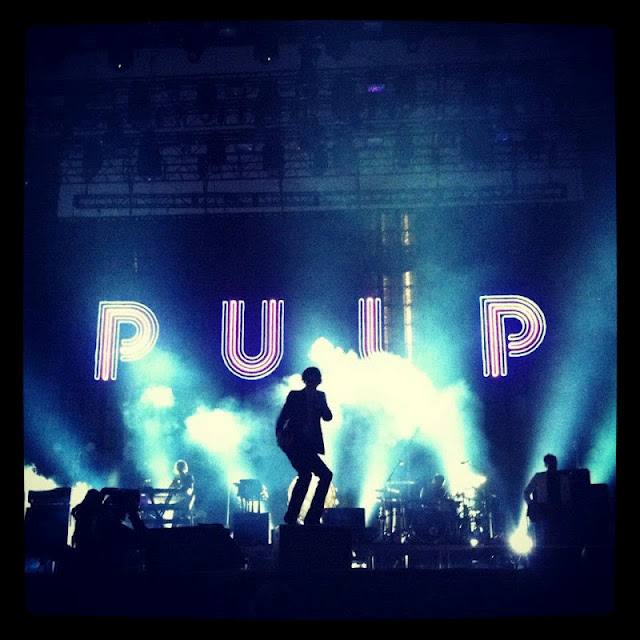 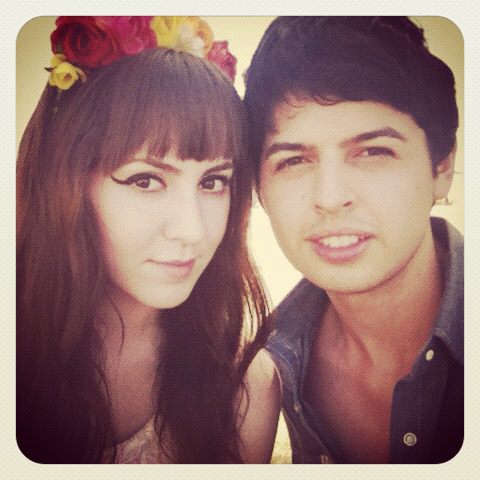 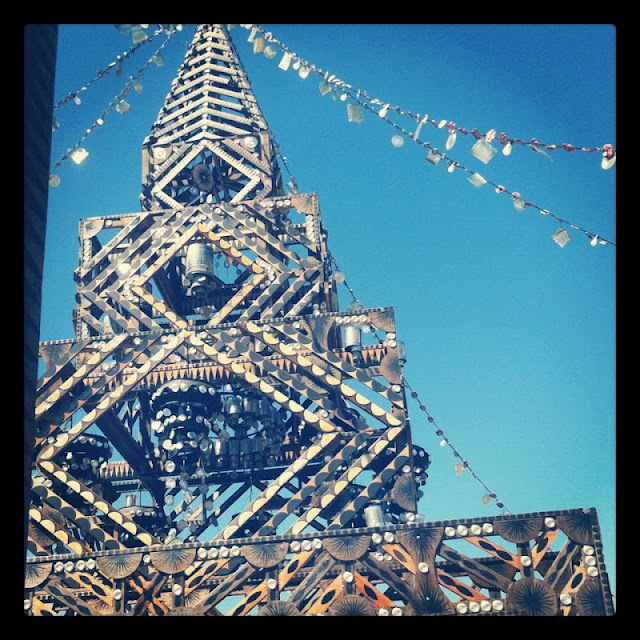 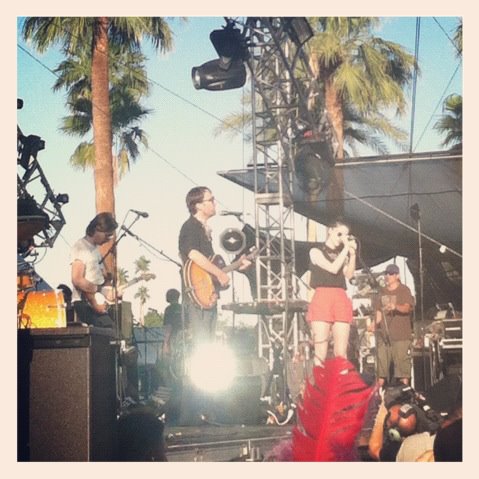 On Saturday I saw Andrew bird whom I know better as Dr. Strings, (Look it up) and Feist who I was really excited to see. I love her new album, "Metals" which she heavily play off of. She had a full band and string section. Plus she is just flat out adorable! By the way, new concert rule: If you put your girl on your shoulders while standing in front of me at a show, I have every right to push in front of you, and will. I also watched Bon Iver, but honestly, not into it. I don't get it. I like my male singers to have a bit more balls. When Radiohead started I let Bibbles fight through the thousands to get up really close while I kinda wandered around and listened. I was so exhausted at that point I really needed to sit down. I lounged on the grass under all the sound and light when I noticed a lovely girl in a delicate, pretty dress coming my way. I immediately noticed that it was ANNIE MONROE. My biggest fashion inspiration! She was simply gorgeous in person. She wore a light pinkish lipstick and a vintage taupe coloured dress, I believe she was with James D Kelly But don't quote me on that.. Anyway she walked RIGHT by me, I was so excited and I wondered if i should go bother her, but I looked a right mess, so I thought better of it. Still, I was a happy Shell. 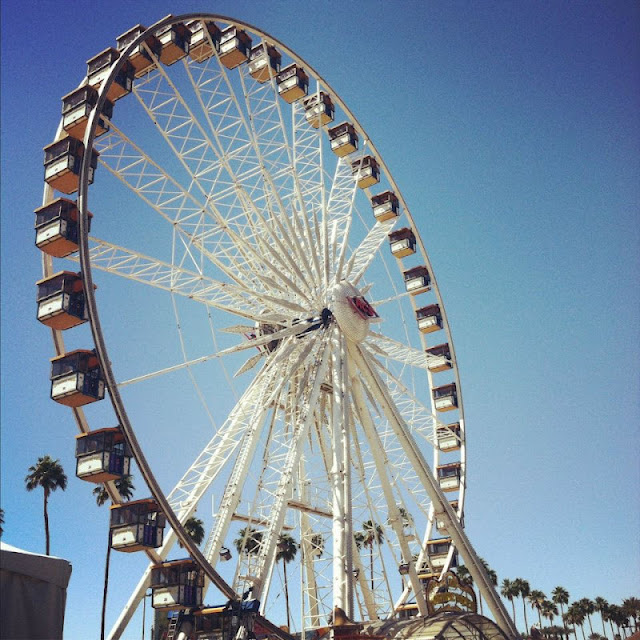 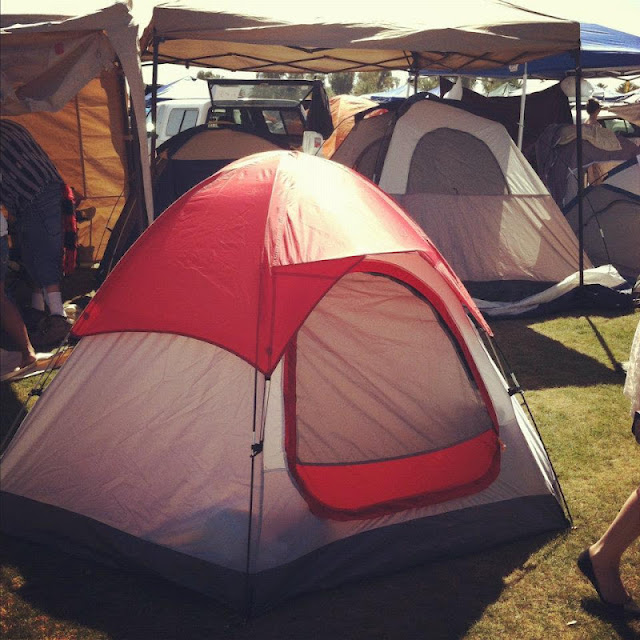 When Sunday came around, I really just wanted to leave. I was done. But I stayed for my best friend's sake, and yes I saw Snoop Dogg and Dr. Dre, but west coast rap doesn't do it for me. Wait I'm sorry, any rap except Kanye doesn't do it for me. (I'm very loyal). Florence and the Machine was pretty good. And its always nice to see the unexpected huge, buff man with tattoos dancing and singing every word. haha

To sum it up, it was a great experience, yes camping wasn't the best, the sun was unforgiving, and most people were gross, trashy and rude, but the whole point was the music and Bibbles. It was a good time with plenty of highlights. And after I got home I was tan, tired and dirty. Thanks Coachella.
at 12:35 PM