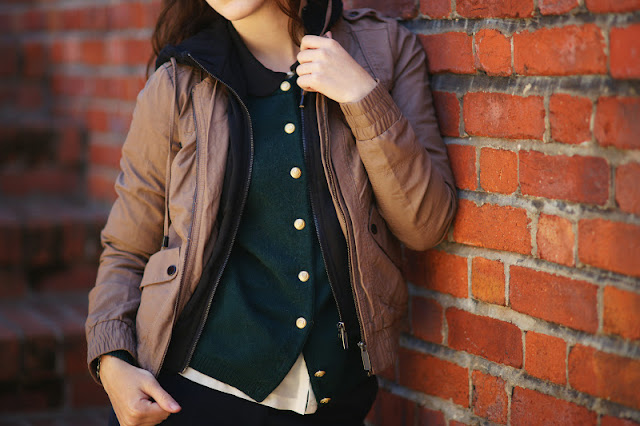 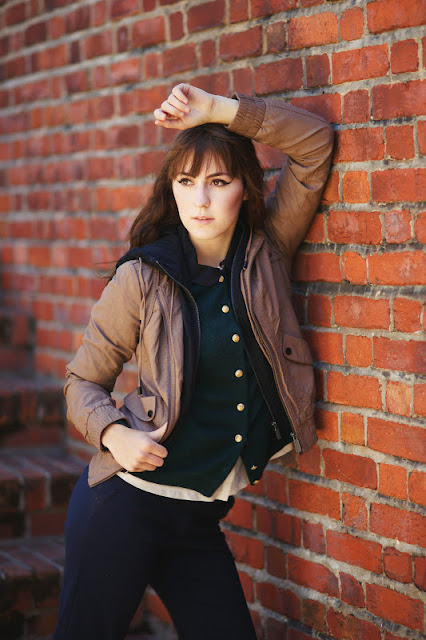 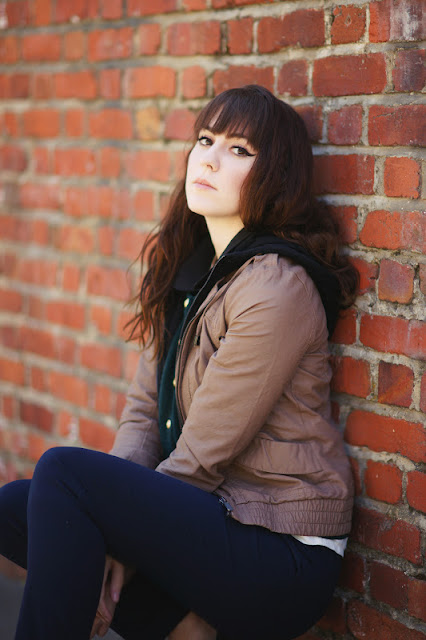 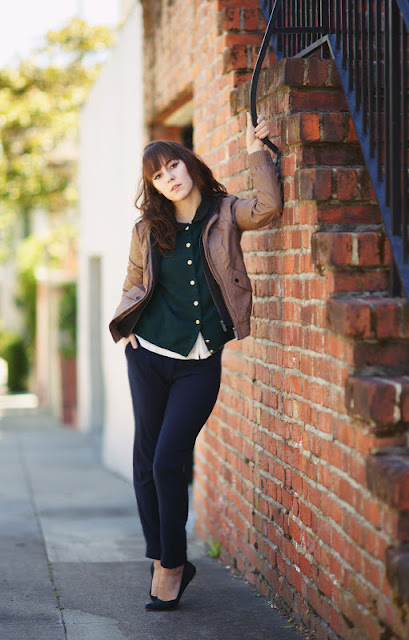 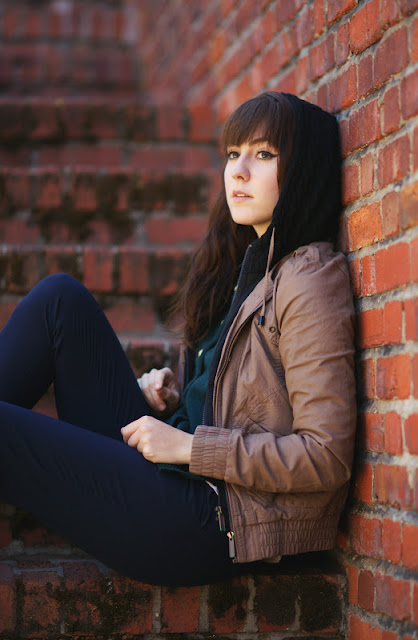 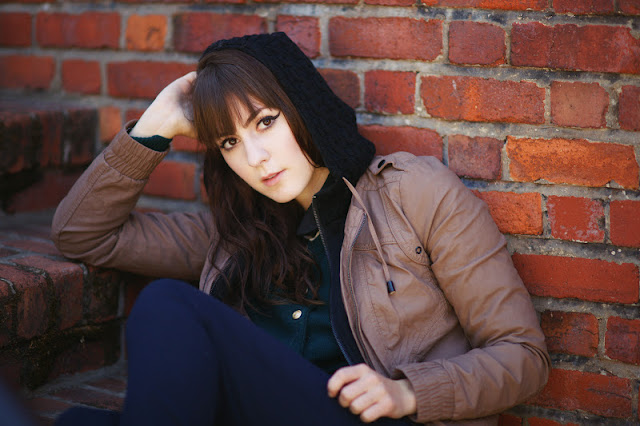 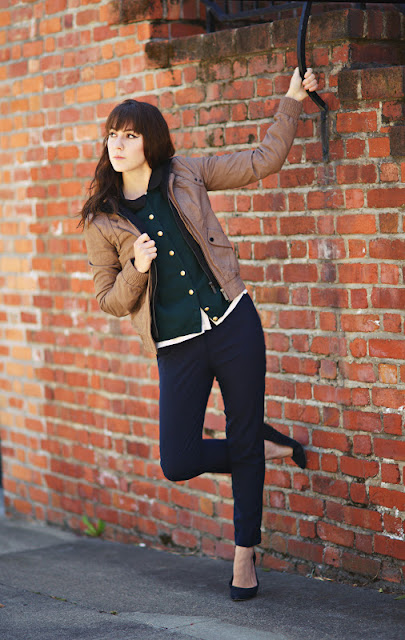 I'm wearing another fabulous jacket from Collection B!
These photos were taken for their Fall 2012 line in Sf!

And on a much different note I'd like to share a little story that happened to me last week.
I was at work doing some late minute editing before I had to leave for the day. It was nearing 5:30pm and I finally decided to close up the studio. I got picked up by Pete and we began driving home, but as we drove away from the building we noticed a hawk sitting with something in its talons on the sidewalk. We stopped the car and paused in silence. At first it looked like a porcelain statue of a hawk that had been thrown out a window and smashed in small fractions all over the pavement. I peered closer and realized that those pieces were actually grey and white feathers and the hawk was tightly grasping a pigeon of almost the same size.
Pete must have thought there was no hope for the poor little guy and didn't want me to see anymore knowing my deep, emotional investment in all animal life. he began to drive away but I whipped around to see the pigeon move his wing. I bolted out of the car knowing there was still a chance to help.  I ran towards the hawk and luckily he flew away without the pigeon, who then quickly hid behind bushes. Pete came over to watch him while I found a discarded cardboard box to try to entrap him. He was bleeding but he could fly.

Once we were able to box him we went to a emergency vet office in town.
When I told the lady I had a pigeon in the box she told me they didn't have any doctors on hand.
No Doctors? You're a 24 hour vet office specifically made for emergencies. Just because I had a pigeon doesnt mean this wasnt a life that needed saving. I asked her if there was anything I could do personally to stop his bleeding. She simply gave me a number to a wildlife rescue center and told me not to touch him.
This is incredibly unfair. If I had a bleeding dog in a box they would jump to help me.
I saw the fear in that little bird's eyes when he was being attacked. That is the same fear ANY other animal including human would have! This is a life and when that life is in danger you can't just stand by. If the vets wouldn't fix him I wold do something.
So I took him home.

Still in his little box home I made sure he was comfortable with warmth, water and food. He must have been relived to be somewhere safe. You can kind of sense things like that from animals. Since animals are instinctual and humans are not, they display a greater knowledge of potentially dangerous situations and my little guy was doing just fine. I decided to name him Pidge. Yes, I know that seems obvious but in the Disney Movie, Lady and the Tramp, that is what the tramp calls lady. Its very sweet.
The next day we took Pidge to Morro Bay, where the Bird rescue is located. On the drive over I heard the sound of his little claws scraping the box. I really cared about this little creature. he deserved and needed love just like every living thing.
At the sanctuary I filled out a small form and he was quickly taken away from me.. I didn't say goodbye like I wanted to. I didn't tell the workers his new name or how much of a little fighter he is like I wanted to.
I don't know what has happened to Pidge. I sincerely hope he is doing well and has fully recovered. Maybe he can live a happy life as a great little educational pigeon!
I guess if there had to be a moral to my tale, it would be that everyone can do something. You can help someone or something just with on action and its completely worth it.